So part 3 and this week I’m focused on buildings and their buttons.

I’ve decided to change things up very slightly this time around. In Tribloos 2 if a building button was unavailable (eg. the building could not be built due to lack of workers/resources) it was faded out. If it was available it was presented with a green glow. I wanted to make the distinction a bit stronger this time. Now if a building cannot be built yet you’ll end up with a “dotted-line-button” that should be instinctively un-clickable.

And of course the opposite is also true; eg. if the button is visible at all it’s clickable! Exciting stuff eh?

Uh, okay that’s not exactly “mixing it up”, so lets talk about some real change.

This is probably one of the highest requested features for Tribloos 2 but something that wasn’t easy to add that late in development.

And it’s centered around resource production in buildings like sawmills and toolsheds. Previously when you had sent a worker to a sawmill to make wood you’d have to count down or guess when they’d be finished. This was to be as efficient as possible so you could click on the toolshed to get them to make some tools the very second they’d produced that wood. Well guess no more!

When a worker now reaches a sawmill or other production buildings (again such as toolsheds, refineries, locksmiths, etc…) and starts to make resources, a small progress bar will pop up on the side of the building. This will show you how far through that particular worker is done with making wood or tools or whatever.

I’m especially pleased about the way this has worked out.

Like I said this was one of the most requested features from the previous games and I’m really pleased to have finally managed to get this in!

That’s it again for this week, I hope you’re all excited about the game so far. Next time I’ll be talking about the new cut-scene manager and how it effects the story.

Yes, this is IT! We’re going to work on Space Farmers 2!

It’s time to stock up on turnips, get out your laser powered blunderbusses and charge into another adventure with our intrepid intergalactic farmer friends.

Since it’s release in…gosh was it really 2014? Anyway, since it’s release we’ve been discussing with each other, and anyone who’ll listen, what else we wanted to do with the game. We love Space Farmers but we always knew it would be a first. Not quite a prototype but more of a…precursor for greater and wilder things.

We’re immensely proud and humbled by the number of positive reviews, comments and general good feeling there is towards the game. It’s because of this a sequel will exist.

END_OF_DOCUMENT_TOKEN_TO_BE_REPLACED

Have you seen Scrap Mechanic yet? We played it during our livestream last Friday and thought it was pretty bloomin’ awesome.

It’s billed as a survival game but we mostly spent out time building weird contraptions in an attempts to drive, or vaguely fly, around the land. We didn’t quite get the hang of things straight away and there was plenty of trial and error before we got anything remotely usable. However we were really taken with the building mechanics and instructions on how to use the different elements of the game.
END_OF_DOCUMENT_TOKEN_TO_BE_REPLACED

Welcome to the first in a series of development diary updates regarding our upcoming title The Tribloos 3.

I completely failed to write one for Tribloos 2 and I really regret it. Therefore I’ve decided to start up this up for the third game for anyone interested enough to read my hopes and frustrations while making the game!

So first off I’m actually writing this at the start of February 2015! I’m hoping to surprise any Tribloo fans with a trailer I’ve been working on in top secret. With any luck that came out recently and fans of the series are terribly excited. I decided to start writing these entries early so I had enough material to keep posting when I’m likely in the latter, slightly more consistent stages of polishing.

But I’m excited today because I’ve finished the first iteration of the path-finding code I’m going to use in the game and especially pleased that it’s performance is so good!
END_OF_DOCUMENT_TOKEN_TO_BE_REPLACED

Gosh, we’re just full of announcements this week. Announcing a website relaunch and a new game…

You’d think we’d stop just there, but no! We’re going to resume streaming too.

We did a few little streams back when Space Farmers was released, showing how the levels were created and other bits and pieces.

However this new stream will be more structured, more regular and 50% more fun because Rich will be taking part too!

So come along to this weeks stream for the following fun and larks.

it’s going to be totally relaxed and hopefully entertaining to be part of. We hope to see you there!

PS: If you miss it don’t worry, we’ll hopefully be uploading all content separately to Youtube afterwards. 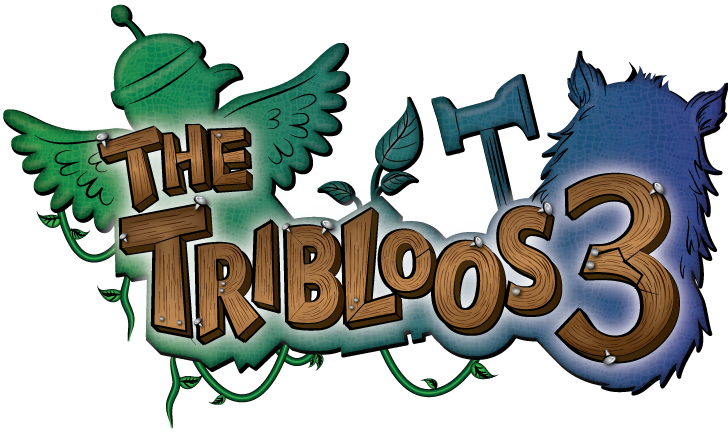 Hi everyone, I’d like to proudly announce that The Tribloos 3 is currently in production!

Following on from Tribloos 2, this game features:

We’re very excited to show you the first screenshots of the game below. Please keep in mind these are not final, some GUI and game elements are yet to be completed.

Tribloos 3 has been a work in progress for some time. Here is an overview of the game status:

So as you can see there’s still quite a lot for us to do. But in a few weeks we expect to have the game out for Beta Testing. We’ll also release a trailer around the same time showing off game-play and the new animated storyboard system in action!

We don’t have a solid release date just yet but we should be releasing on the usual channels such as BigFishGames and Steam.

To keep up to date with Tribloos 3 Development, sign up to our Awesome Monthly Newsletter!