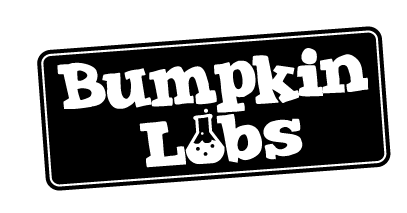 Announcing a series of tiny, experimental games by the BumpkinBrothers, coming soon to your android mobile telephone devices!

Aha, yes indeed you may ask that. Actually you’d probably start asking about Space Farmers 2! But never mind that for now. The important thing is we have another game coming out asap. In fact by the time you read this it’s likely to have been released.

We’ll get back to other things after we’ve done this, ok? Honest, nothing would make us happier than to do Spac…*that game* but it’s kind of become our Half Life 3. Various versions have come and gone and…bleh, enough of that for now.

Good grief, tell us about this new game

It’s called POPSHAPE! It’s a small casual title where you control a large circle in the middle of the screen.

Smaller, coloured circles come in from all sides and stick to the side of the big ball (or a smaller ball if it’s already attached).

The idea is to try and connect 3 or more of the same colour together. Do so and they go POP! and you get some points.

That’s it pretty much. There’s a spiky thing to try not to hit with your clump of balls and if you grow too big and hit the edge of the screen it’s game over!

Click here to see it on the store! Or just search for Popshape on google play.

It’s free with ads (as everything is these days) but we’d appreciate it if you tried it out and let us know what you think.

Thanks for reading and-

Wait! Waaaait. Didn’t you say this was about Bumpkin Labs?

I mean, what is it and all that?

Oh yes, sure! So BumpkinLabs is the name of the initiative we launched several years ago and did absolutely nothing about…

Bumpkin labs was always our description of our more experimental titles that we never got round to making. Well we made a couple of them but never finished them enough to release them into the world.

So POPSHAPE is the first of our new mini titles that we want to release over the next few months. The next game is already well underway and we have about 4/5 more planned after that.

Stay tuned for our next game coming very soon!