I chose to spend that time working on a different title. It took sooooo much longer than I anticipated. But it got finished and distributed. And very near the end of that we started talking about developing a new game!

What?! You said you would be-

Yes yes, we know we said we’d be working on Space Farmers 2 next. But we had a really, really good idea for another co-op game. We spent a few weeks playing around with physics engines and wheel collider code to try and make it work. And while we still love the idea for [SECRETGAMENAME] we haven’t got the time to mess around with unity physics right now.

We will return to this mystery project, probably in a few months just for fun if nothing else. It might even become *part* of Space Farmers 2. But for now you can be assured we’re back on the case!

So c’mon then. What’s going on?

If you’re an avid fan (and good grief, we love you guys) you’ll know we’ve been messing with prototypes of the game engine for some time. The problem is we’ve not gotten very far with any of them. We started in Unity, then looked at Unreal and are currently back at Unity (mainly because we’re so much more comfortable in C# as a language).

We’ve split our duties to spread the load.

Rich is working on gameplay! How will the character be controlled? What kind of control modes are there?

Andy is working on networking! How will the client/server architecture work? How do people connect to the game? 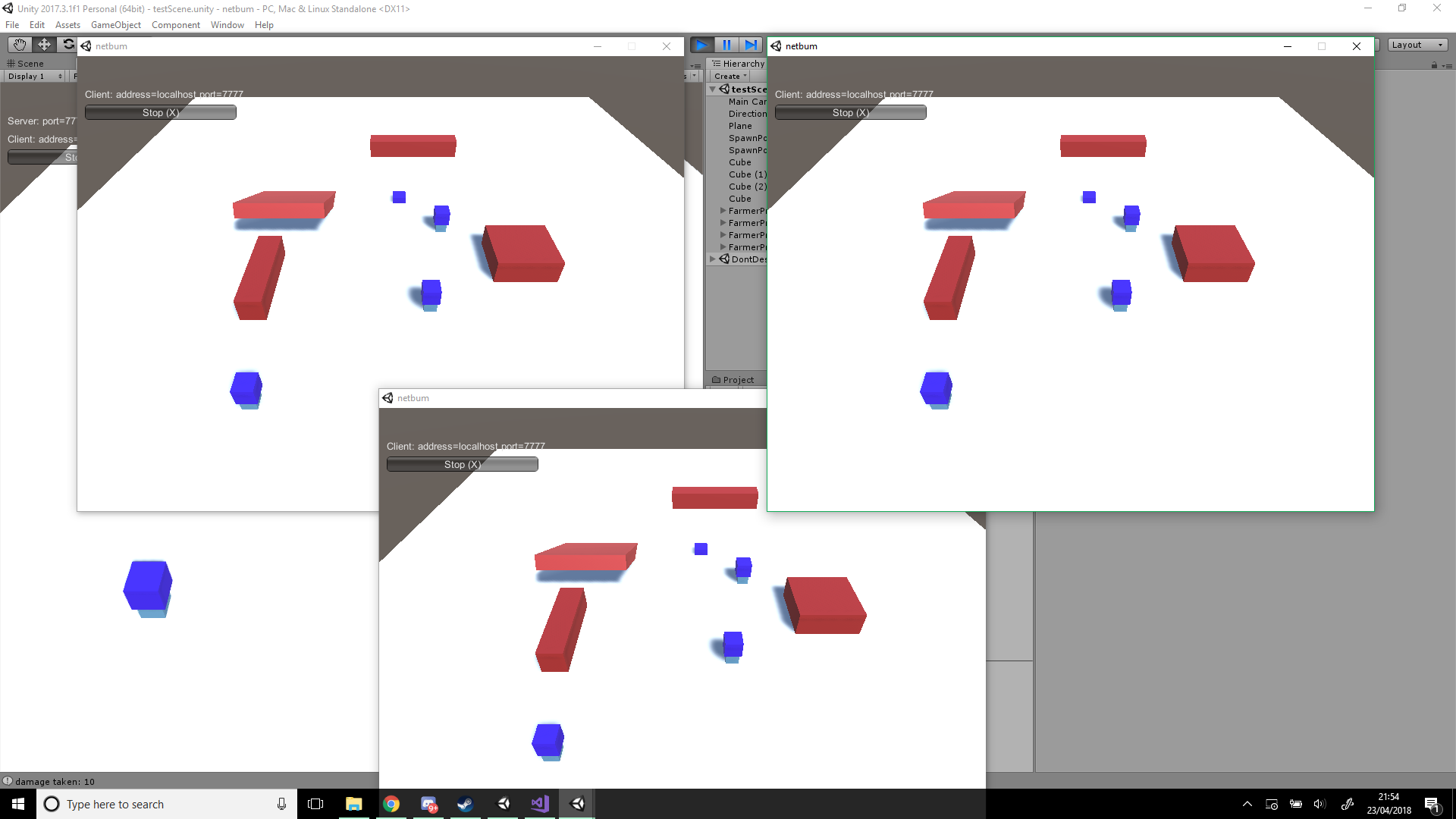 We’ve been having online dev sessions most Mondays for a while now and that’s working out quite well. We’ve both progressed well and it’s almost getting to the point where we put our work together to create a proper prototype project.

Tell us about the new prototype!

We’re still trying to work out how we want this to play out. This is the current plan:

And, well that’s it at the moment. We don’t want to plan too far ahead otherwise we can’t stay agile. But we wanted to have a starting place where anyone could just load up and start a game. The first release may be even more basic than that.

Why are you planning to start so small?!

Well we don’t really see it like that. But the idea is to start with the fundamental basics. Get some feedback on the initial version of the net code, movement, shooting, etc.. And then put out as many updates as we can each month.

What we don’t want to do is make everyone wait 2 years until we have something half baked. We may as well show you the batter first.

We also don’t have a planned date for any of the above just yet. But like I said above, progress has been good recently. We’ve got a lot of work to do but we very much hope it’ll be worth it!

Ignore the prototype number. We don’t really have one.

We were on version 0.001 of Tribloos 3 for about 6 months so. Also Rich hates numbers so let’s just say it’s *A* prototype.

We spoke about this a couple of weeks ago on our Live Stream “The Kitchen” show which we run every weekend (this weekend it’s on Saturday). We had a discussion about how we want to run the development. We kind of covered this in yesterday’s “The Fear of the Unknown” post but you can hear us vocalise this in the video below.

Some progress has been made since this version was shown but we thought we’d extract it from the live stream feed and put it on YouTube. This way we can specifically show what we’re currently working towards for anyone who doesn’t want to wade through our (pretty awesome) 2 hour show!

The good stuff happens about 8 minutes in (obviously our developer chat is awesome but if you just want to see the game then start from there.)