Hey, how have you found games this year? If you hadn’t guessed I’m gonna get just a little philosophical about them. That’s, uh, why I’ve called it “Philosophy of Game Design in 2017”. Also I’m going to get a bit grumpy, I don’t mind showing that side of myself. I’m rarely grumpy IRL (honest, just ask Rich!) But the subject of some game’s design properly gets me down sometimes. First let’s rewind a bit.

Oh we’re starting grumpy are we?

Yeah so I hate Candy Crush, but not because it’s a match 3 game. I like Match 3 games (Zoo keeper ftw) and I can appreciate CC’s slick casual design. But the technical genius, and it is an evil genius, behind it’s “1 less go than you need” algorithms irks me. It really pushes people into buying additional turns or special items. Incidentally the revenue that game still generates is just frightening.

Ok so that’s hardly talking about Philosophy of Game Design in 2017, it’s getting on a bit these days.

Alternatively I have a vague hatred of games like Criminal Case. Again not of the genre but of the monetization design these titles often employ. Paying to speed things up appeals against the other negative human trait; impatience. I have an allergic reaction to games telling me I have to artificially wait while a progress bar fills up over the course of a day. Or that I don’t have enough “energy” to continue.

That’s a trait used in other casual games – I tried one seriously this year based on the ever popular Final Fantasy series. The best part of this one in particular was the “community” events, but aside from that I would have rather had paid once and then all rewards would have been effort based rather than time or money based.

Effort vs Time/Money for rewards

And that’s where my problem lies and the reason I’m cross about the state of the games industry and what it’s doing to my beloved genres. Nothing is safe! RPGs, building games, platformers – they’re all fair game.

My son has loved the Plants Vs Zombies games since he was old enough to steal my iPad away from me. While he loves PvZ2, he very much dislikes the adverts. He would much rather continue to play tricky levels for rewards rather than sit through another Gardenscapes advert to get to them. He often asks me about buying “premium” plants in the game. I was shocked to see that many of these cost more than what I paid for the first game! Hows that for philosophy of game design in 2017?

Often I’ll be talking about this and many other games which are considered to have “gotten it right” in terms of microtransactions. The consensus is nearly always “but you can play the main game so that’s ok” – and I can’t help but think that’s the wrong way around. I’d rather that the old shareware model was re-introduced. “Hey, play the first few levels then pay for the rest.” Of course this isn’t what they want players to do, they’d rather you paid 12x $4.99 for plants rather than $9.99 for the whole game.

I’m picking on EA here, I know I am. The demise of Popcap still hurts me! However they’re obviously just one of many of the instigators of this new way of thinking.

At least not yet.

Obviously as a game developer myself (be it part time currently) I understand more than most that games cost money to make. Tribloos 2 cost £3600 to make and Tribloos 3 has cost over £6000. Small numbers when you look at most budgets – but I’m just one guy paying for everything myself.

So I’m not opposed, in any way whatsoever, for people to be compensated for their work in the way that they choose.

That doesn’t mean we
a) Have to or
b) Have to like it and
c) Can’t do anything about it.

In fact it needs to change course!

PC Gaming is heading the wrong way currently. Loot crates are the thing currently. Lovely, lovely boxes of skins and sprays and stuff which they give to you totally at random from playing the game. Or, y’know if you wanted to pay even more money. Overwatch, I’m looking sternly at you…

This in-game gambling is a pretty strange thing. I’ve been playing PUBG in the late evenings after my Tribloos 3 work. To date I have made back 1/3 of the cost of the game by selling items I’ve gotten for free. I’m not entirely sure how to feel about this. I don’t feel super great about it, then again I’ve almost paid off the cost of the game. Some people I know have gone further and made a profit just by selling the crates.

Side note – what if PUBG was free though?

Part of me wonders if this would have been possible if the game was free in the first place. I don’t think it would be. My belief is that a sense of exclusivity is felt by those that earn these items and, let’s not forget, randomly receive the higher priced items. I sold an in game shirt and tie for £3 the other day. Last year I bought a real shirt for less than that. I do find it interesting that paid for games seem to be doing as well as free games with their marketplaces, if not, in many cases, better.

Gambling? Is it though?

I’m not going to go into the moral quagmire of whether or not gambling is cool or not. That’s a personal thing for each of us and I walk the line a little. I’ve done some with friends and online, but you won’t find me in a Coral shop and I don’t have Betfair (or any other) on my phone. To be honest I far prefer to gamble with serious things, like my career for example!

But yes, any system where you get a random prize, especially when the potential rare prizes are dangled in front of you? This is gambling and most of today’s top titles participate in it. Make up your own mind on that one.

Ok let’s move onto what we can do.

Philosophy of Game Design in 2017

So we’re all creators right? I always think it’s great when I discuss problems with creators from other disciplines.

It usually goes like this; I’ll raise a particular issue… My YouTuber friends say “Make a video!”, my blogger friends say “write a really interesting blog post!”. My dad says “write a song about it!” (both my folks are musicians by trade). As a game designer I think “Let’s do something about it in our own game design!”.

So I plan on doing all 3 of these things. You’ve been reading my blog post about it, and now I’m going to describe what our current ongoing philosophy will be when selling our games.

A new Philosophy based on the old one! 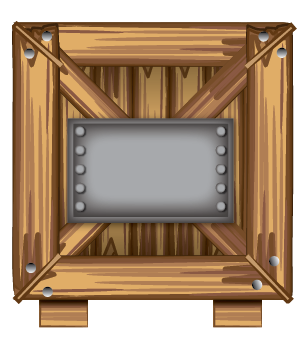 First off – If we introduce randomised loot crates, which we’re not planning, they won’t be game affecting. It’ll be cosmetic stuff and you’ll also be able to pay for specific items directly.

Secondly – No trading. We don’t want you to be bothered by other random players pestering you to see your inventory for some potential swapsies.

Finally – Free to play means just that. You’ll get the whole game for free, including any updates. Pay to play will be one time entry only, those games won’t likely be suitable for pay-for-items for various reasons.

Our service promise to you…

Oh man, I don’t like how that sounds. Makes us sound all corporate. Look there’s only two of us in the Bumpkin Brothers. We hire other very talented people like Catherine Bennett and Jon Dunn to do lovely artworks for us but otherwise that’s all there is.

We want people to play our games and enjoy them. Not to sit in goal asking to trade, as seems to be the ongoing Rocket League trends these days.

Unfortunately it means we won’t be touching mobile, for a while at least. there’s no way to make headway on that space without Candy Crush style tactics and we’re just not into that.

So when it comes to releasing Tribloos 3 and, eventually, Space Farmers 2 on PC and Mac, we’ll be doing our very best to keep you building houses, shooting chompy robots and solving puzzles rather than examining your loot collection for things you’ve got more than once. It’s a philosophy we’ve always held close and will continue to do so because we just floopin’ love games.